Have you ever come up with what you thought was an awesomely original idea, only to find out some bastard got there before you? Sucks, right? But there’s one feeling worse than realizing you weren’t first: being first and it simply not mattering. Here are some geniuses who had once-in-a-lifetime ideas, did everything right, changed the world for the better, and still saw their credit vanish like a fart in the wind. The Woman Who Designed The Nike “Swoosh” Got Like $35
There are few corporate logos as immediately recognizable as the curvy Nike symbol, meant to convey the speed of your feet (and your wallet emptying). So what was the reward for creating one of the most iconic symbols in corporate history? $35, which was actually quite a bit from a company that couldn’t keep a profit going at the time. 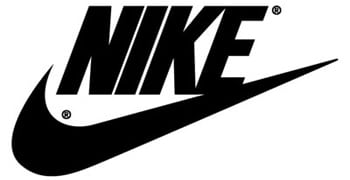 Nike Just Do It For Really Cheap.
Upon its unveiling in 1971, the “Swoosh” was not an immediate hit with Nike CEO Phil Knight, though graphic designer Carolyn Davidson was pretty sure it was the best of the designs she had done up for the company. Due to time constraints, they wound up choosing it, though they didn’t even have a name for the company yet. Nine years later, in 1980, Nike went live on the stock market, earning approximately all the money. For 12 years, Davidson must have bitterly watched her $35 logo appear on every billboard in the world without getting an extra dime. Then, in 1983, Nike executive Bob Woodell passed Knight in a hallway and reminded him of the woman who had made his brand soar. And so it was, 12 years after she gave a face to a cultural behemoth, that Davidson was invited to lunch at the Nike campus. She was given certificates, golden rings, and an envelope containing shares of Nike worth a few hundred thousand dollars. All thanks to the kindness of corporate executives.

Still, one has to wonder if Knight would have ever done the right thing if a colleague hadn’t casually mentioned it to him one day in the hallway at work. Would Davidson be regaling folks at the bar about how she “made that Nike swoosh,” and be greeted by the pursed lips and raised eyebrows of skepticism? Or maybe she would have spent the rest of her life bitterly plotting vengeance on Nike by trying to convince Adidas to make their stripes more wobbly? We’ll never know.
The Author Of The Witcher Books Sees No Money From The Video Games

For the uninitiated, The Witcher looks like Castlevania all grown up, but fans of the video game series love it most for its complex narrative, amazing character writing, and artistically justified milkmaid threesomes. The sheer worldbuilding is like something out of a book — which comes as no surprise, because the games are indeed based on a series of novels by Polish author Andrzej Sapkowski.

When game developer CD Projekt decided to swoop in and make the books into a role-playing game, they cut a quick, one-time deal with Sapkowski. In return, the developer was allowed to use his world and characters and forge its own stories with them. “They offered me a percentage of their profits. I said, ‘No, there will be no profit at all — give me all my money right now! The whole amount,” says Sapkowski. That may sound utterly crazy now, but back in the early 2000s, when book-to-game adaptations had reached peak success with Bible Adventures, it made more sense for him to ask for money up front. That “reasonable share” probably didn’t lessen the pain much when Sapkowski saw the sales figures from the Witchersequels, which he made precisely zero dollars from.

Of course, a bag of money isn’t the only thing Sapkowski got out of the successful franchise. The game series has helped his books reach a more international audience, but he feels it has nonetheless hurt his reputation more than it has helped. Already, people are starting to think of the fantasy veteran as the guy who adapted the games into books, and not the other way around. “In 20 years,” he says, “somebody will ask, ‘Witcher, the game — and who’s the author?” Nobody will know the answer, he fears. It would be like A Song Of Ice And Fire being adapted into a massively popular PlayStation franchise, but then George R.R. Martin not getting a penny every time someone pays to play around with Hodor’s giant goddamned head. So while Sapkowski admits that his lack of faith in CD Projekt was disturbing, he does claim that he admires the games, calling them very well-made, and he says he’s at peace with his decision. He’ll even sign copies of the game when fans present them — and only occasionally breaks through the plastic with his pen.
The Guy Who Created The Concord Grape
Let’s be real, the only time you want jelly is when you look in the fridge and don’t have any. But whole nations sustain themselves on the thickened jam of fruits — in particular, a single type of grape that’s turned into most jellies. That was the idea of a titan, Ephraim Wales Bull, who went to great pains to invent the kind of grape that most people associate with jelly: the world-famous Concord grape. Named for its New England birthplace, the original vine from 1849 actually still exists at Bull’s old Massachusetts home. That’s not surprising, seeing as he cultivated the Concord to be tough, quick to ripen, and especially easy to grow. Bull took pride in his new litter of grapelings, showing them off to his fellow New Englanders at an 1853 horticulture conference. They were an instant hit with the grape-lovers of Concord, landing him a feature in a botany magazine and many sales.

But his success would prove his undoing. The ease with which these grapes could be produced meant farmers quickly discovered that they could grow them with the least amount of effort or cost. After spreading his seed, his profits immediately dried up. For the hard work he put in making a plant that was fertile and that could survive the harsh northern winters, he was rewarded with a big Yankee middle finger salute. If the saying “sour grapes” did not arise from this ordeal, we will shit in our hat.

The Actress Who Played Teenage Elsa In Frozen Got Shafted

There are cartoon movies, and then there is the child-devouring behemoth that is Frozen. You know it as the most successful animated movie ever, with songs that don’t quite hold up to their one millionth repetition. Its success has been an inescapable phenomenon, bathing everyone involved with the movie in thick gooey strands of money.

Well, technically not everyone got to share a bite of the billion-dollar Frozen pie. Just ask the voice actress who played the part of Elsa as a teenager. Fifteen-year-old Spencer Lacey Ganus lent her voice to the iconic ice princess who almost brutally manslaughters her sister for a few minutes. And to be fair, that’s a more vicious part than most Disney villains get — they only have to pretend to put princesses to sleep for a long time.

Since the movie came out four years ago, Ganus did receive over $10,000 in royalties for her troubles. Which seems like a lot until you remember the billlion-y part of the box office returns. Sadly, Disney shortchanging its voice actors won’t change anytime soon. To quote the magnificent Robin Williams, who only got paid a pittance of his fee for his work on Aladdin: “You realize now when you work for Disney why the mouse has only four fingers — because he can’t pick up a check.” The Verve are one of those ’90s one-hit wonders who kept a whole generation of college students extra-pretentious with their hit “Bittersweet Symphony.” And if you’re one of the many people who hate that they kinda like the song, good news! It just means that you like orchestral music and the Rolling Stones. So did the Verve, and it cost them everything.

While the Verve wrote the lyrics and some of the music, the song’s main musical theme was in fact sampled from the orchestral version of the Rolling Stones tune “The Last Time.” The band was aware they were borrowing a component of that song, so they agreed with the Stones’ publishing company to license a tiny snippet (five notes) in exchange for half of the royalties. But like everything else in that song, the hook drags on way longer that that, so the Stones’ manager filed a plagiarism lawsuit against the Verve.

Typically, these kinds of disputes are settled out of court with a few large bags of money, but in this case, the court really took the Verve to task. The band was forced to forfeit all the royalties of the song, which was a pretty big hit, meaning they had to hand over a small fortune. They also lost all publishing rights to the song, as well as having the actual songwriting credits revert back to Mick Jagger and Keith Richards. But the legal dogpile didn’t end there. See, the part of the Stones song that was sampled actually came from a symphonic version done by the Andrew Oldham Orchestra in 1965. So on top of everything else, composer Andrew Oldham also sued the Verve for $1.7 million in 1999, since he owned the recording that was sampled. Between the Stones and Oldham’s fight over every scrap of flesh, the Verve basically had their entire song taken away from them. Companies even used it for commercials without their consent. For a final slap in the face, when the band was nominated for a Best Song Grammy, Jagger and Richards’ names were on the ballot.